What’s the Best Time to Send a Cold Email Campaign?

You’ve spent weeks, no months, building the perfect prospect list. You spent days researching every name on it. You’ve segmented the list, written great cold email copy and brainstormed an amazing subject line. Your cold email campaign is all lined up to go. There’s one last thing. When should you send it?

I’ll bet you’d like to know what the best time is to send a cold email campaign. After all, if you get it wrong the chances that any of your messages will be opened will probably plummet.

It would be great if I could tell you just when to schedule your next campaign to go. But I can’t. At least tell you what day? I can’t do that either. Why? Because no-one has really figured it out.

It’s not for a lack of trying. As we will see, there have been all kinds of studies conducted by some of the biggest providers in the email business. They have put in some serious work trying to determine the answer. But no one has reached a definitive conclusion.

So, why did they bother? And why should you bother reading on as I share some of the  findings of the most conclusive of these studies? The fact is yes, you will have to go the extra mile and do some A/B testing of your own.

Provided you have a unique prospect list (and if you don’t, stop here, go and build one then come back when you are done) the perfect time to reach those people may not be the same as anyone else’s.

All of this being said, no one wants to start from nothing. And there are very interesting lessons to be learnt from these studies. Armed with the ‘science’ you will be able to test far more efficiently and intelligently, giving you a great head start and getting things right for your campaigns. So, let’s dive in.

What is the Best Day to Send a Cold Email Campaign?

So, let’s start small. What day should you send your first cold email in order to get the best response, or at least a decent open rate? It’s a question that Mailchimp attempted to answer making use of what they termed “Send Time Optimization”. This is an algorithm the company uses that is based on data on subscriber’s engagement in order to determine the best times and it’s a feature they offer to their premium subscribers. And this, based on data from over a billion subscribers is what they determined:

As you can see, after all that effort, and all that number crunching, other than the fact that weekends seem to be the worst choice – which most of you had likely figured out for yourself – there is actually very little difference between the weekdays. Thursdays have a slight edge, but the margin is narrow.

Experian did a study too. Monday garnered the highest transaction rates and revenue per email out of all weekdays, and Sunday email performed better than those sent on Saturdays. But, if you look closer, the open rate difference between all of the days were, at most, only 1.4% apart. So, once again, no real clear weekday winner.

However, open rates between all of the days were only 1.4% apart at most, so the day of the week really made very little difference in terms of open rates.

Marketing service Hubspot did their own study too. They found that Monday, Tuesday and Wednesday had the most email opens. Tuesday was the best day, with 20% more opens than average.

So Tuesdays are best? Things are getting confusing now. Especially as a similar study from Wordstream found that Thursdays were the best day. The same conclusion as Mailchimp.

So, out of all this we seem to have only been able to determine one thing. Don’t send a cold email campaign at the weekend.

What Is the Best Time to Send a Cold Email?

So, we haven’t really come to a consensus on the best weekday to send cold email, although Tuesday or Thursday might have an edge. Can we do any better on time?

Going back to that Mailchimp study, these were the conclusions they drew:

10 am seems to be the winner – by a nose – here but people seem to keep checking and opening their emails at about the same rate until a little after lunchtime. The Hubspot report was in relative agreement as well, determining that 11am was the optimal time for open rates.

The highest volume (27% of emails) were sent between 4AM-8AM, and these emails also received 33% of the transactions. So Experian concluded that this would be a good time to test more mailings.

So, you should have those emails in your prospect’s email inboxes by 10am. But if you send them earlier, they may be at the top of the list. Or they may be buried in a pile of unopened missives. Again, interesting, but a bit confusing.

So When Should You Send Your Email?

Now let’s take all this data and try to apply it to your cold email campaign. Try scheduling your first batch of cold emails to go out around 10am on a weekday. Tuesday or Thursday perhaps, as a couple of the studies favoured them, or you could rebel a little – and maybe beat the crowd – by trying a Wednesday instead.

Then, monitor those emails carefully. Especially those open rates. In general a 22.87% open rate is good, although those figures vary a little by industry. There’s a good list that goes industry by industry you can refer to here.

If there is room for improvement – and there probably will be – change things a little the next time around.

Test one variable at a time, so make sure you are send the same email with the same subject line when you test your send times. Then move onto the next experiment.

It should also be noted that you may already know more about the perfect time to reach your prospects than you think. What do they do for a living? What is a working day likely to be like for them? What is the content of your cold emails, and when are your prospects likely to be thinking about that content? Answering these questions will be very helpful as well.

: cold email tips
Previous Post How To Write a Cold Email That Reads Hot Next Post Easy Ways to Fail at Link-building and Ruin Your Reputation at the Same Time

Is Your Latest Cold Email Really Spam? Signs the Answer is Yes 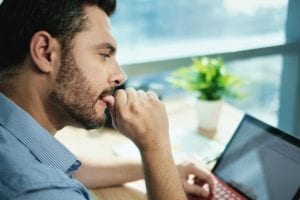 How To Write a Cold Email That Reads Hot

Got a Cold Email Burn Notice? What Happens When You End Up on An Email Blacklist