Hearing that someone wants to talk about ‘techy’ things that might affect their SEO overall is something that most people find deathly boring and avoid as far as possible. Ugh. Technical stuff, can’t that be left to the geeks in IT?

HTTPS is one of those issues. Most people know it vaguely has something to do with website security but that’s about all they care to know. And recently some of you may have heard or read that switching from a standard HTTP to HTTPS is something that Google is advising businesses and webmasters to do, even those not in the e-commerce space. But are they really? And if they are why? And are they going to penalise your site if you don’t??

That got your attention. If you are here, reading this, you care about your site’s SEO. So anything that might affect it negatively will naturally do that. So yes, we are going to talk about HTTPS, but we’ll make it as ‘un-boring’ as possible.

The Tide is Turning For HTTP

It’s true. More and more website owners are making the move from HTTP to HTTPS. And yes, it is, in part, because Google told them to. Google – who are often so cagey about these things – came right out and said whether a website makes use of a secure SSL certificate or not is a factor in their algorithm. And they now also rat you out to Chrome users, telling them whether the site they are heading for has a valid SSL set up. And seeing one that does not may well cause a browser to change their mind about heading there (even if the site is actually safe.)

However, you may also have heard that changing a site from HTTP to HTTPS is more than a challenge. But do you really know what HTTPS and why it matters? If the answer is totally, you can stop reading now if you prefer and head off to implement the HTTPS that you know is important for SEO. For the rest of you, read on for a quick lesson.

At a basic level, HTTP – which stands for hypertext transfer protocol – is the system used for sending and receiving data on the Internet. If you really want to geek out, you can go and check out this article which has more detailed technical information on the matter.

Here though, for our purposes right now all you really need to understand is that HTTP is how your computer is able to interact with websites and the Internet on the whole. So what’s the difference between HTTP and HTTPS? Here’s a very quick breakdown of the major differences:

How does HTTPS Provide Greater Security?

HTTPS accomplishes all of this additional security through the use of a Secure Sockets Layer (SSL) or its latest iteration called Transport Layer Security (TLS).

If you do additional research, you’ll find folks using HTTPS and SSL/TLS as interchangeable terms. It’s a forgivable mistake but it helps to reiterate that they’re not the same thing.

Remember, HTTPS uses SSL/TLS to encrypt the data it sends and receives.

Why Does HTTPS Matter for SEO?

There was a time when many SEO experts believed that HTTPS had a negative impact on Google rankings. It was mostly speculation because few top-ranking sites were using HTTPS.

In fact, this rumour became so widespread that Matt Cutts – those new to SEO won’t remember him now, but when the former head of Webspam at Google was around, he was a big help – and occasional annoyance – to SEOs everywhere – had to step up and explain away some of those fears.

Fast forward a few years and Google makes that formal announcement that HTTPS is a factor in their latest algorithm, and that sites making the leap would see modest ranking benefits from doing so.

Whether you love or hate Google, you have to respect their willingness to put their money where their mouths are. They’ve been going on about the need for a safer internet for as long as I can remember. When they announced that they were officially incentivizing site owners to make the switch to HTTPS, it was another solid step toward that greater goal.

There are two other pretty cool SEO benefits of switching to HTTPS.

First, referrer data will be preserved when a visitor arrives to an HTTPS page far more reliably than via HTTP. Often when a site uses HTTP, the referrer data is lost and the visit will be logged under “direct traffic” regardless of its true origin, skewering those all important traffic insights that can be used to make any SEO efforts so much more effective.

The second big plus is even simpler; people will be more comfortable using your website. This will often result in increased traffic, a lower bounce rate and even an increased number of conversions as people are less fearful about what trusting you with their information might lead to.

In summary: at this point it’s well established and confirmed by independent research data that HTTPS is a ranking factor in Google’s algorithm. And it will make your visitors feel Yes it’s a small factor, but it matters. So, it’s time to get geeky – or call in someone who is – to help you make the switch from HTTP to HTTPS – so that a simple URL prefix does not derail all of your other great SEO efforts.

Need help with your on-site SEO, including HTTPS implementation. Get in touch, my Pearl Lemon Technical SEO team are available to help.

: SEO best practices
Previous Post Google Featured Snippets: What You Need to Know To Get Your Content There Next Post 3 Ways to Handle Negative Publicity About Your Business– Which Would You Chose? 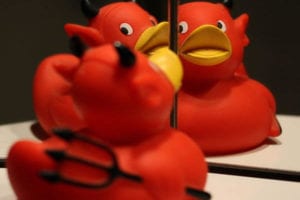 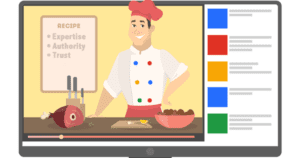 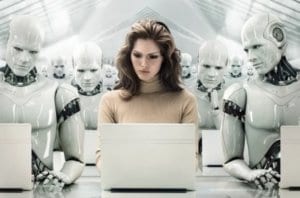